Plain facts about TV and Satellite TV in Spain.
Note: Changes to Astra spacecraft at 28.2E mean that a 1.8m or 1.9m dish is required to receive all the channels. In poor weather conditions, (thick cloud or rain/snow) that may not work either. The old 1.3m dishes do receive some channels, but NOT BBC, ITV, CH4 or CH5. (February 2014)

Most ex-pats in Spain watch British TV by receiving TV from the Astra satellite at 28.2° East. Because of the weakness of the signals in Southern Spain a large dish of 1.9 metres in diameter is required.

For Intelsat TV on a smaller dish click here

To decode the satellite signals, it is necessary to have a Sky satellite Box.
The alternative is a FREESAT box. These are available from the UK for as little as £60. (Bush HD Freesat box) The Humax make of Freesat boxes are also very popular.

Please be careful not to confuse FREESAT and FREEVIEW.

FREESAT is a digital system which receives signals from a satellite up in the sky, similar to a Sky box.
For this you need a satellite dish:

FREEVIEW is a digital system which receives signals from a ground based TV broadcast station. 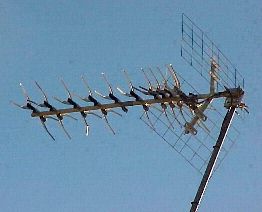 For this you need a UHF TV antenna (above) pointed at the transmitter:

HDMI (High definition multimedia interface) connections are currently common on DVD players and satellite receivers and they are better than Scart sockets as they produce higher quality viewing. 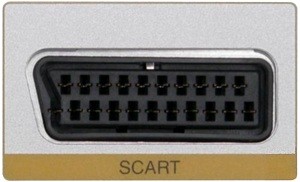 Look out for these!

Join in with us at Knowall’s Awesome Almería Forum